Despite dying at a young age, Frank Ramsey has had a profound impact on the field of probability and inference. In his book Making decisions, Dennis Lindley lionizes Ramsey to the point of hyperbole:

“The basic ideas discussed in this book were essentially discovered by Frank Ramsey, who worked in Cambridge in the 1920s. To my mind Ramsey’s discoveries in the twentieth century are as important to mankind as Newton’s made in the same city in the seventeenth. Newton discovered the laws of mechanics, Ramsey the laws of human action.” (Lindley, 1985, (p. 64))

In a famous 1926 paper, Ramsey casually mentions how one could measure degree of uncertainty by means of a farmer. The story, illustrated in the figure below (courtesy, as always, by Viktor Beekman), unfolds as follows. Harriet stands on a T-junction and needs to walk distance d to arrive at her hotel in the village of Rottevalle. Her confidence or belief that the correct way is to the right is indicated by p. If Harriet picks the wrong direction, however, she will travel distance d and find herself in the village of Eastermar, after which she has to walk back another 2d before finally arriving at Rottevalle, for a total distance of 3d if she is wrong. Alternatively, Harriet can walk distance f to a friendly Frisian farmer who will point her to Rottevalle for sure; walking to the farmer and back, and then walking to Rottevalle implies a distance of 2f + d. Harriet’s degree of uncertainty 1-p that she needs to go right to end up in Rottevalle can be measured by that distance f between Harriet and the farmer where Harriet is exactly indifferent between (1) guessing the direction and risk going the wrong way; and (2) walking up to the farmer to ask for directions.

Of course, whenever it is useful to quantify uncertainty or elicit probabilities one does not always have easy access to a farmer, let alone a farmer who stands perpendicular to a T-section. The point is that uncertainty can be quantified as the fair price for information that results in a certain outcome. 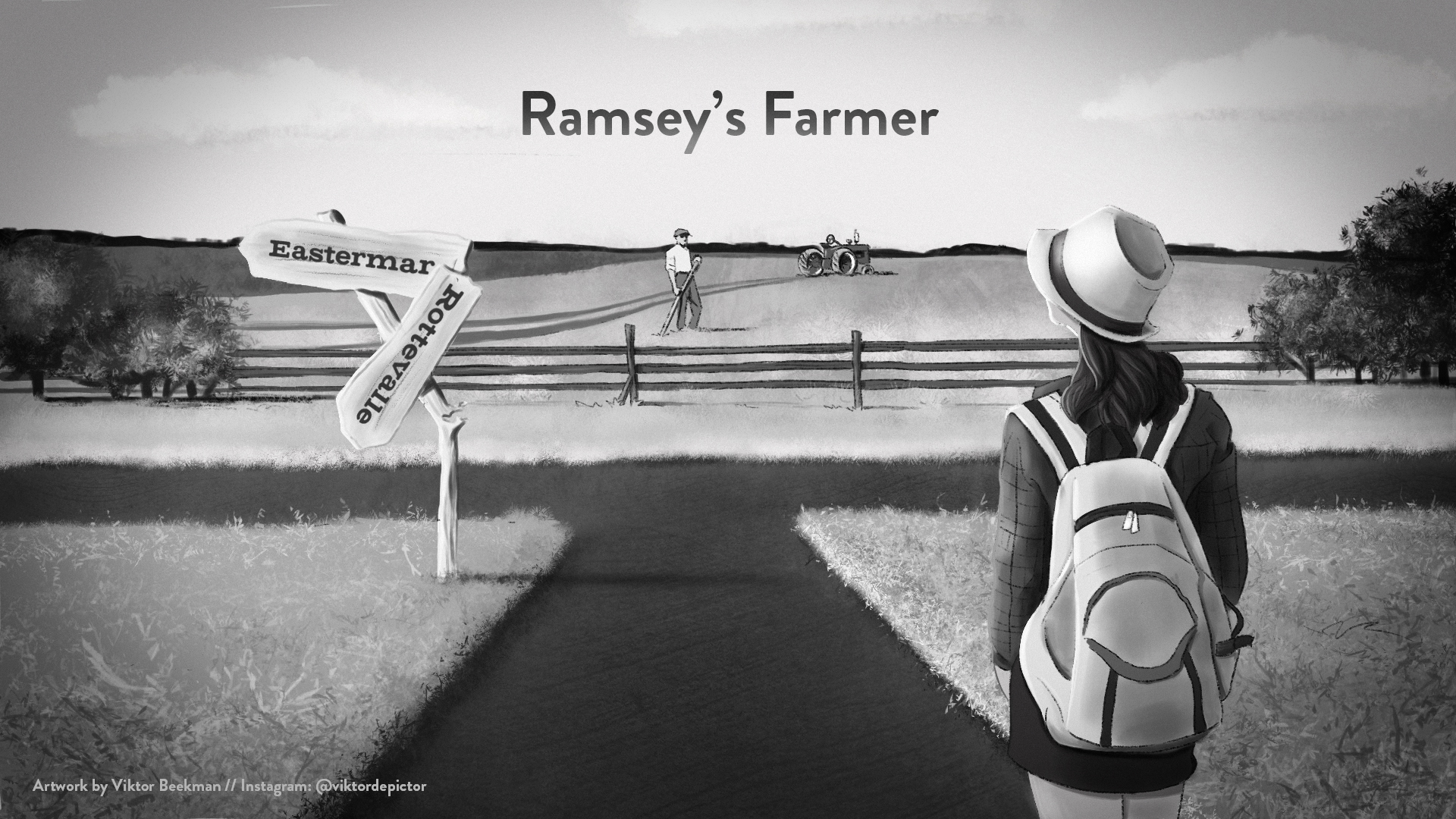