This post is an extended synopsis of Hoogeveen, S., Sarafoglou A., & Wagenmakers, E.-J. (2019). Laypeople Can Predict Which Social Science Studies Replicate. Preprint available on PsyArXiv:https://psyarxiv.com/egw9d.

Large-scale collaborative projects recently demonstrated that several key findings from the social science literature could not be replicated successfully. Here we assess the extent to which a finding’s replication success relates to its intuitive plausibility. Each of 27 high-profile social science findings was evaluated by 233 people without a PhD in psychology. Results showed that these laypeople predicted replication success with above-chance performance (i.e., 58%). In addition, when laypeople were informed about the strength of evidence from the original studies, this boosted their prediction performance to 67%. We discuss the prediction patterns and apply signal detection theory to disentangle detection ability from response bias. Our study suggests that laypeople’s predictions contain useful information for assessing the probability that a given finding will replicate successfully.

In the experiment, participants (N = 233) were presented with 27 studies, a subset of the studies included in the Social Sciences Replication Project (SSRP; Camerer et al., 2018) and the Many Labs 2 Project (ML2; Klein et al., 2018). For each study, participants read a short description of the research question, its operationalization, and the key finding. The descriptions were inspired by those provided in SSRP and ML2, but rephrased to make them comprehensible for laypeople. For each of the 27 studies, all participants first answered a dichotomous item about estimated replicability (yes / no) and then indicated the confidence in their choice on a 0-100 scale. 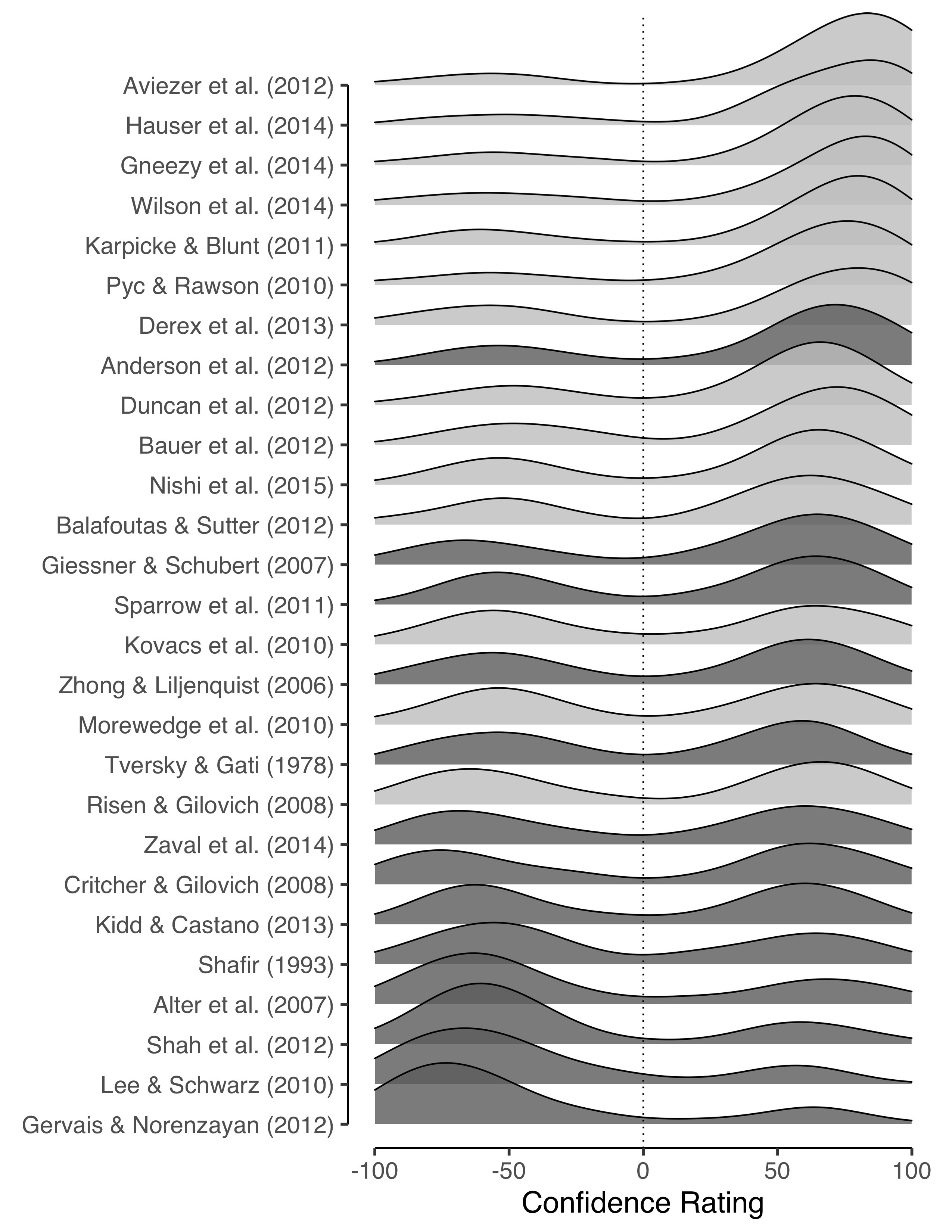 Figure 1: Laypeople’s near unanimous judgments are highly predictive of replication outcomes. Light density distributions reflect studies that successfully replicated, dark grey distributions reflect studies that did not replicate. Confidence ratings are aggregated over both experimental conditions. Negative values reflect the ‘does not replicate’ prediction, and positive values the ‘replicates’ prediction. 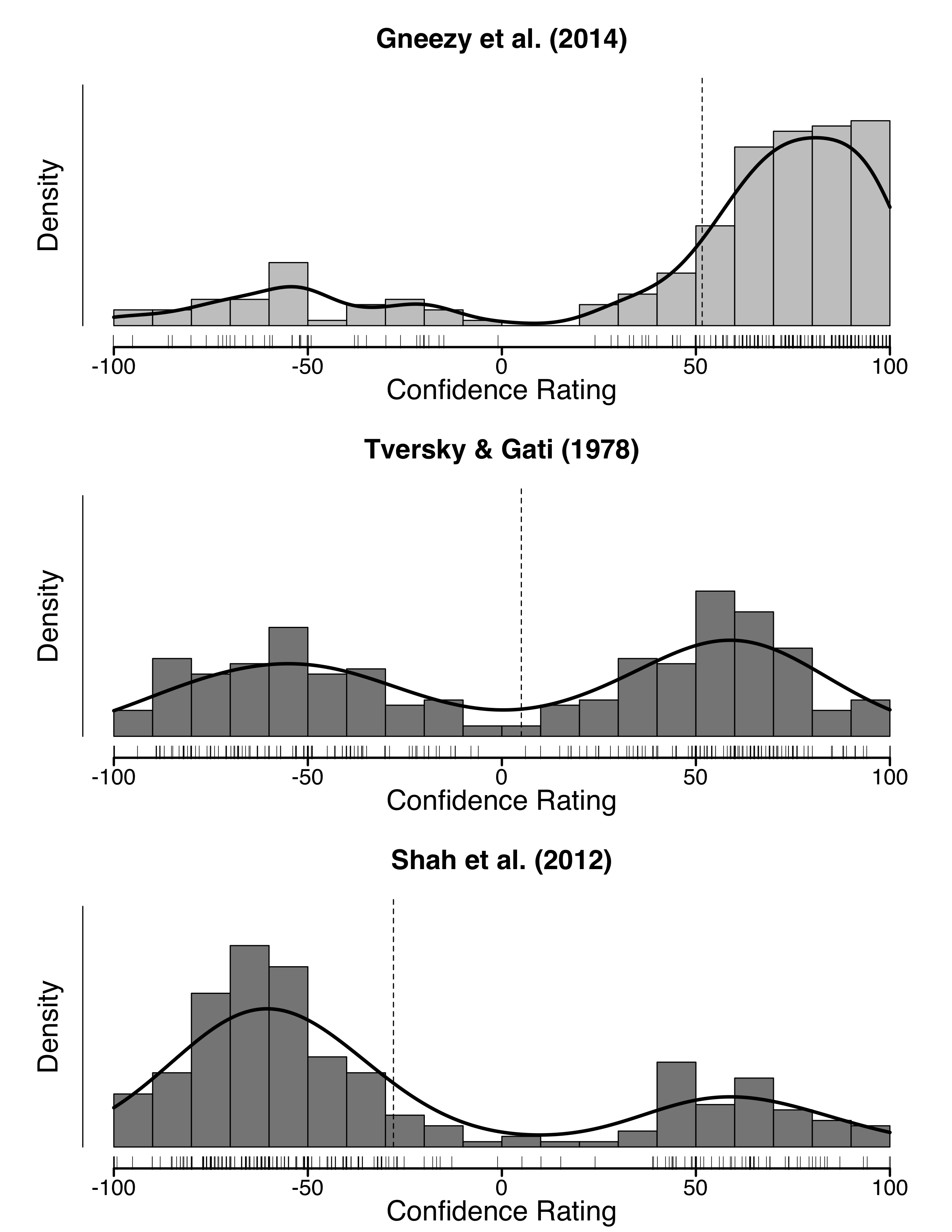 Figure 2: Histograms of confidence ratings for three studies for which laypeople were nearly unanimous in their belief that the study will either replicate (Gneezy et al., 2014, top panel) or will not replicate (Shah et al., 2012, bottom panel) or for which they are ambiguous (Tversky & Gati, 1978, middle panel). The vertical dotted line shows the average confidence rating for the respective study (i.e., group prediction).

Suzanne Hoogeveen is a PhD candidate at the Department of Social Psychology at the University of Amsterdam.

Alexandra Sarafoglou is a PhD candidate at the Psychological Methods Group at the University of Amsterdam.