This post is an extended synopsis of Stefan, A. M., Katsimpokis, D., Gronau, Q. F. & Wagenmakers, E.-J. (2021). Expert agreement in prior elicitation and its effects on Bayesian inference. Preprint available on PsyArXiv: https://psyarxiv.com/8xkqd/ 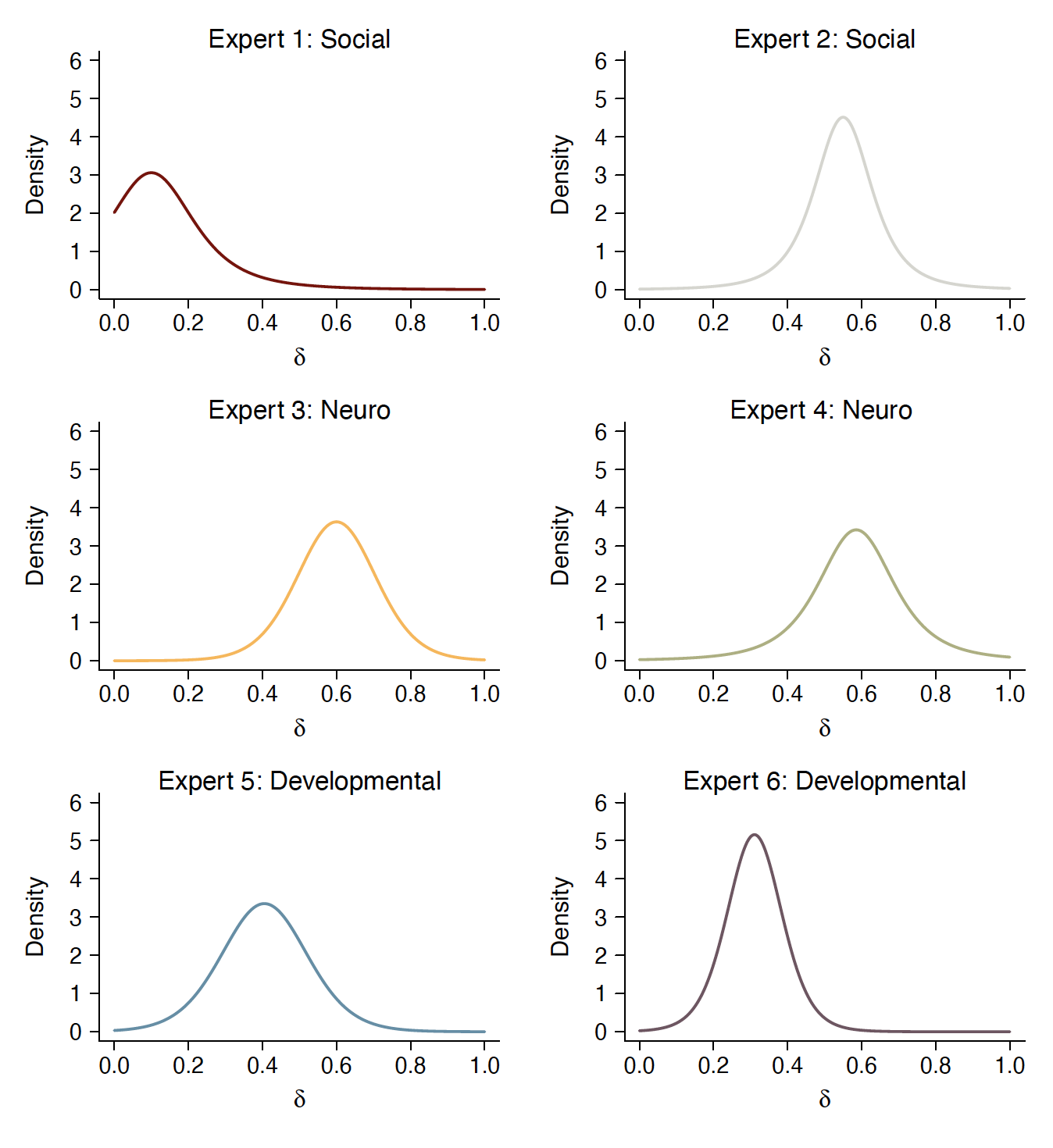 After eliciting prior distributions from experts, the next question we ask is: To what extent do differences in priors influence the results of Bayesian hypothesis testing? In other words, how sensitive is the Bayes factor to interpersonal variation in the prior? This question addresses a frequently voiced concern about Bayesian methods: Results of Bayesian analyses could be influenced by arbitrary features of the prior distribution.

To investigate the sensitivity of the Bayes factor to the interpersonal variation in elicited priors, we applied the elicited prior distributions to a large number of re-analyses of studies in psychology. Specifically, for elicited priors on Cohen’s d, we re-analyzed t-tests from a database assembled by Wetzels et al. (2011) that contains 855 t-tests from the journals Psychonomic Bulletin & Review and the Journal of Experimental Psychology: Learning, Memory, and Cognition. In each test, we used the elicited priors as prior distribution on Cohen’s d in the alternative model.

What does it mean if a Bayes factor is sensitive to the prior? Here, we used three criteria: First, we checked for all combinations of prior distributions how often a change in priors led to a change in the direction of the Bayes factor. We recorded a change in direction if the Bayes factor showed evidence for the null model (i.e., BF10 < 1) for one prior and evidence for the alternative model (i.e., BF10 > 1) for a different prior. Agreement was conversely defined as both Bayes factors being larger or smaller than one. As can be seen below, agreement rates were generally high for all combinations of prior distributions. 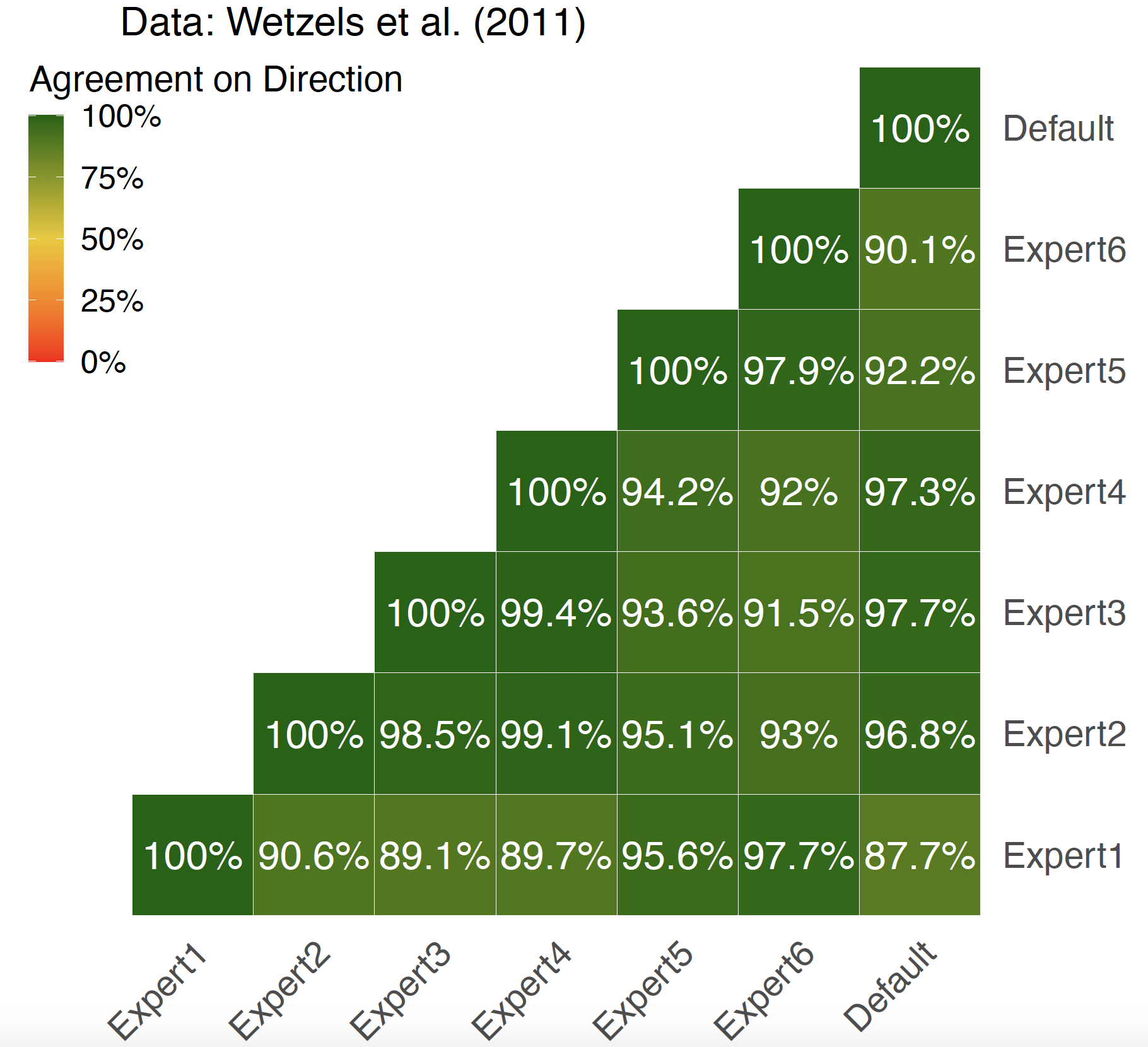 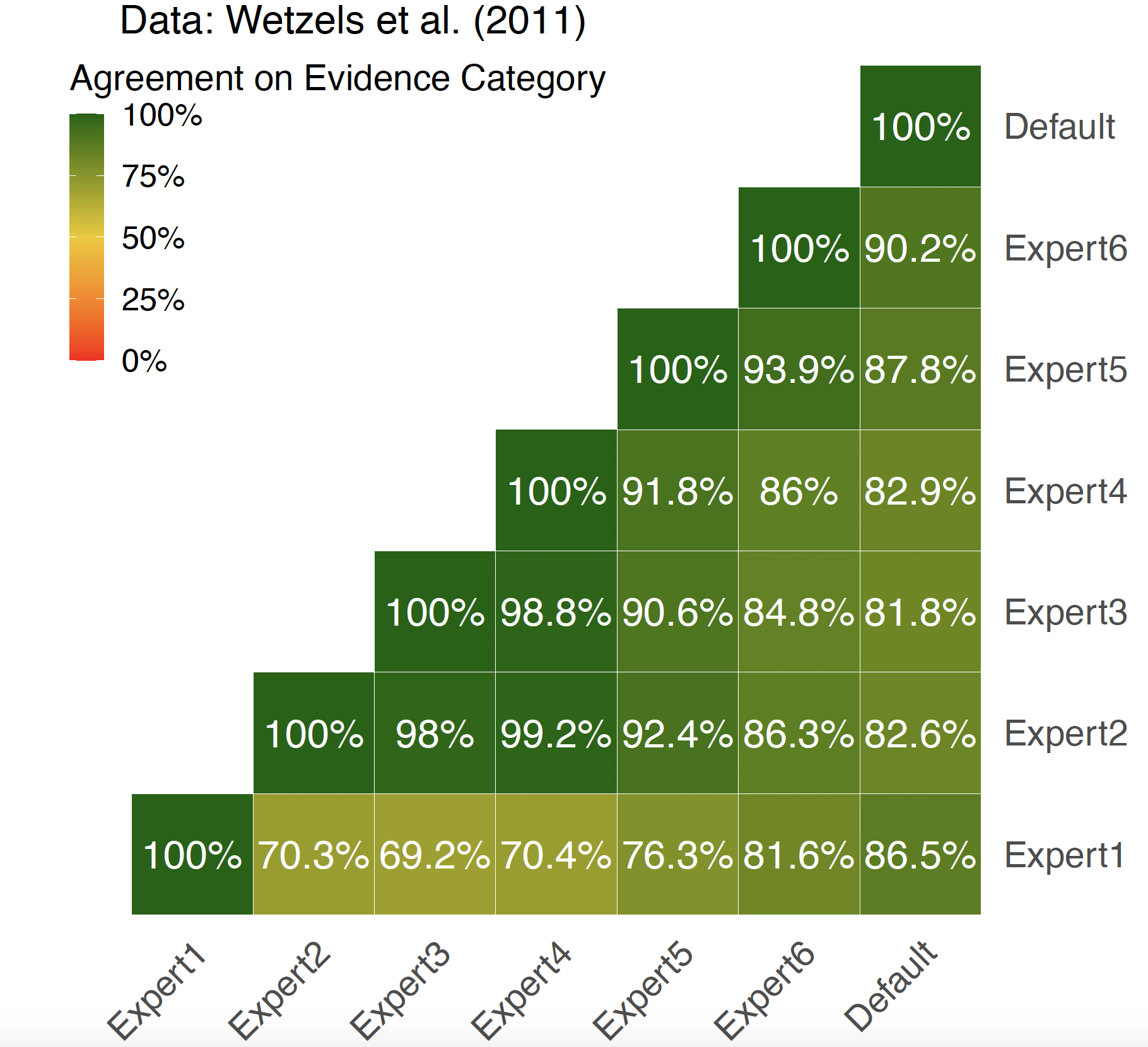 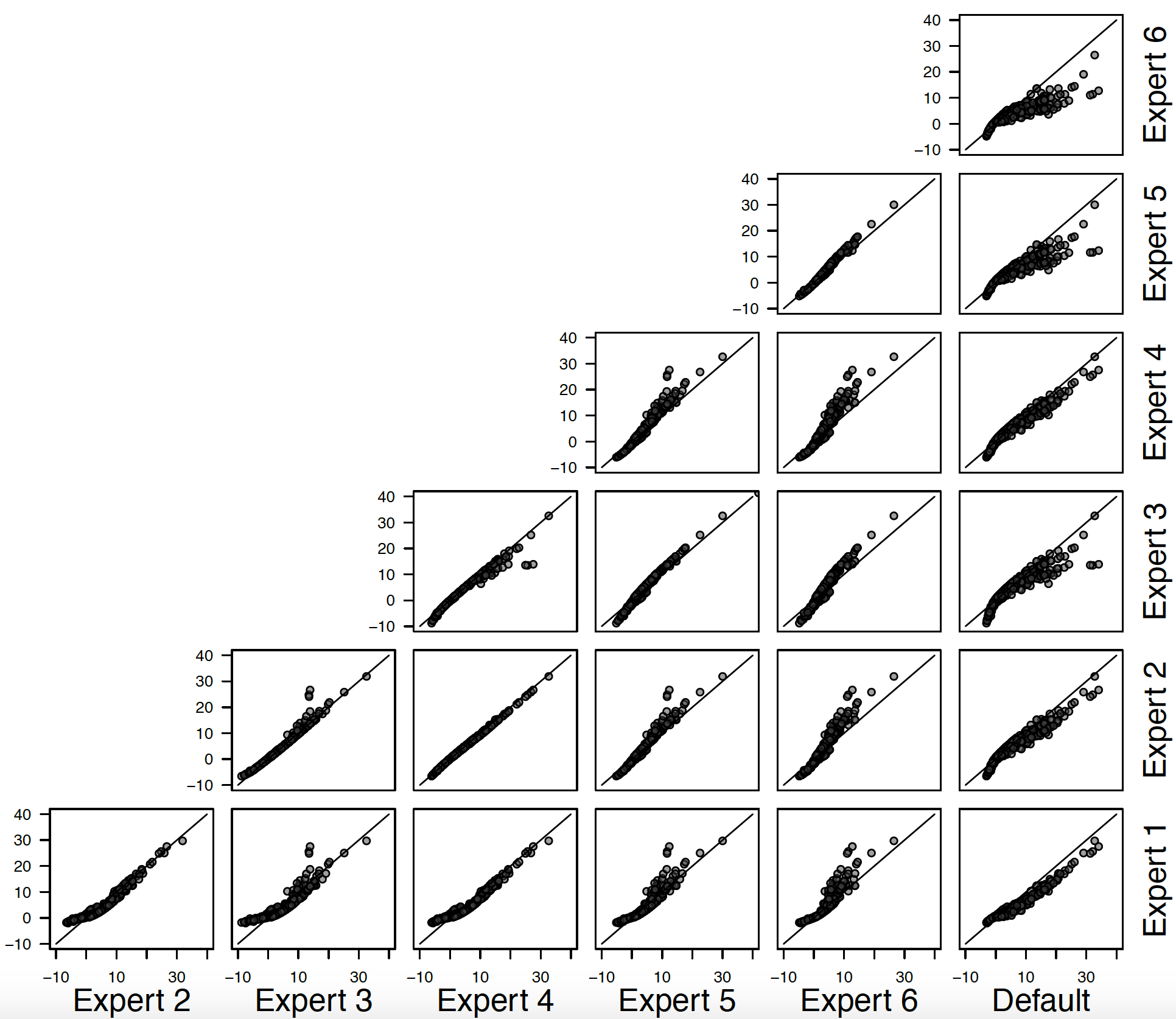 Icons made by Freepik from www.flaticon.com

Angelika is a PhD candidate at the Psychological Methods Group of the University of Amsterdam.

Dimitris Katsimpokis is a PhD student at the University of Basel.

Quentin is a PhD candidate at the Psychological Methods Group of the University of Amsterdam & postdoctoral fellow working on stop-signal models for how we cancel and modify movements and on cognitive models for improving the diagnosticity of eyewitness memory choices.