Below is a summary of a preprint featuring an extensive reanalysis of the results Many Labs 4 project (current preprint). ML4 attempted to replicate the mortality salience effect. Following the publication of the preprint a heated debate broke out about data inclusion criteria. In an attempt of conciliation we decided to reanalyze the data using all proposed data inclusion criteria in a multiverse analysis. The figure below shows the results of this analysis.

Many Labs projects have become the gold standard for assessing the replicability of key findings in psychological science. The Many Labs 4 project recently failed to replicate the mortality salience effect where being reminded of one’s own death strengthens the own cultural identity. Here, we provide a Bayesian reanalysis of Many Labs 4 using meta-analytic and hierarchical modeling approaches and model comparison with Bayes factors. In a multiverse analysis we assess the robustness of the results with varying data inclusion criteria and prior settings. Bayesian model comparison results largely converge to a common conclusion: We find evidence against a mortality salience effect across the majority of our analyses. Even when ignoring the Bayesian model comparison results we estimate overall effect sizes so small (between d = 0.03 and d = 0.18) that it renders the entire field of mortality salience studies as uninformative.

Results from the Multiverse Analysis 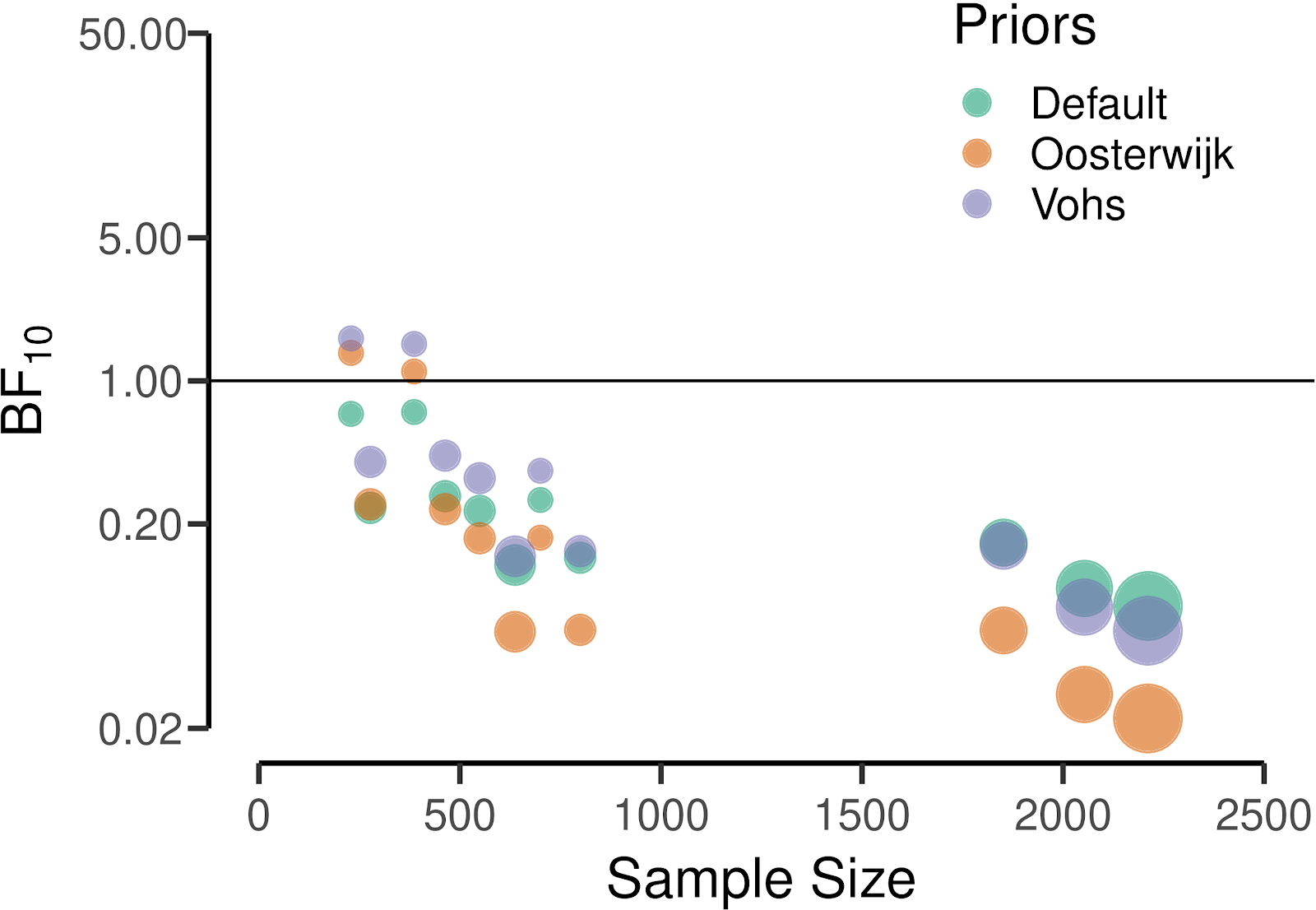 Julia Haaf is postdoc at the Psychological Methods Group at the University of Amsterdam.