NB. The next post will discuss two of Karl Pearson’s worst quotations.

“The field of science is unlimited; its material is endless, every group of natural phenomena, every phase of social life, every stage of past or present development is material for science. The unity of all science consists alone in its method, not in its material. The man who classifies facts of any kind whatever, who sees their mutual relation and describes their sequences, is applying the scientific method and is a man of science. The facts may belong to the past history of mankind, to the social statistics of our great cities, to the atmosphere of the most distant stars, to the digestive organs of a worm, or to the life of a scarcely visible bacillus. It is not the facts themselves which form science, but the method in which they are dealt with.” (Karl Pearson, The Grammar of Science, p. 16)

An interesting anecdote comes from Wikipedia: “When the 23-year-old Albert Einstein started the Olympia Academy study group in 1902, with his two younger friends, Maurice Solovine and Conrad Habicht, his first reading suggestion was Pearson’s The Grammar of Science (Pearson, 1892/1937).” Note the sharp contrast between Karl Pearson’s statement and that of
Ernest Rutherford: “All science is either physics or stamp collecting.” Ironically, Rutherford received
the Nobel prize for chemistry, not physics (and also features on a stamp). 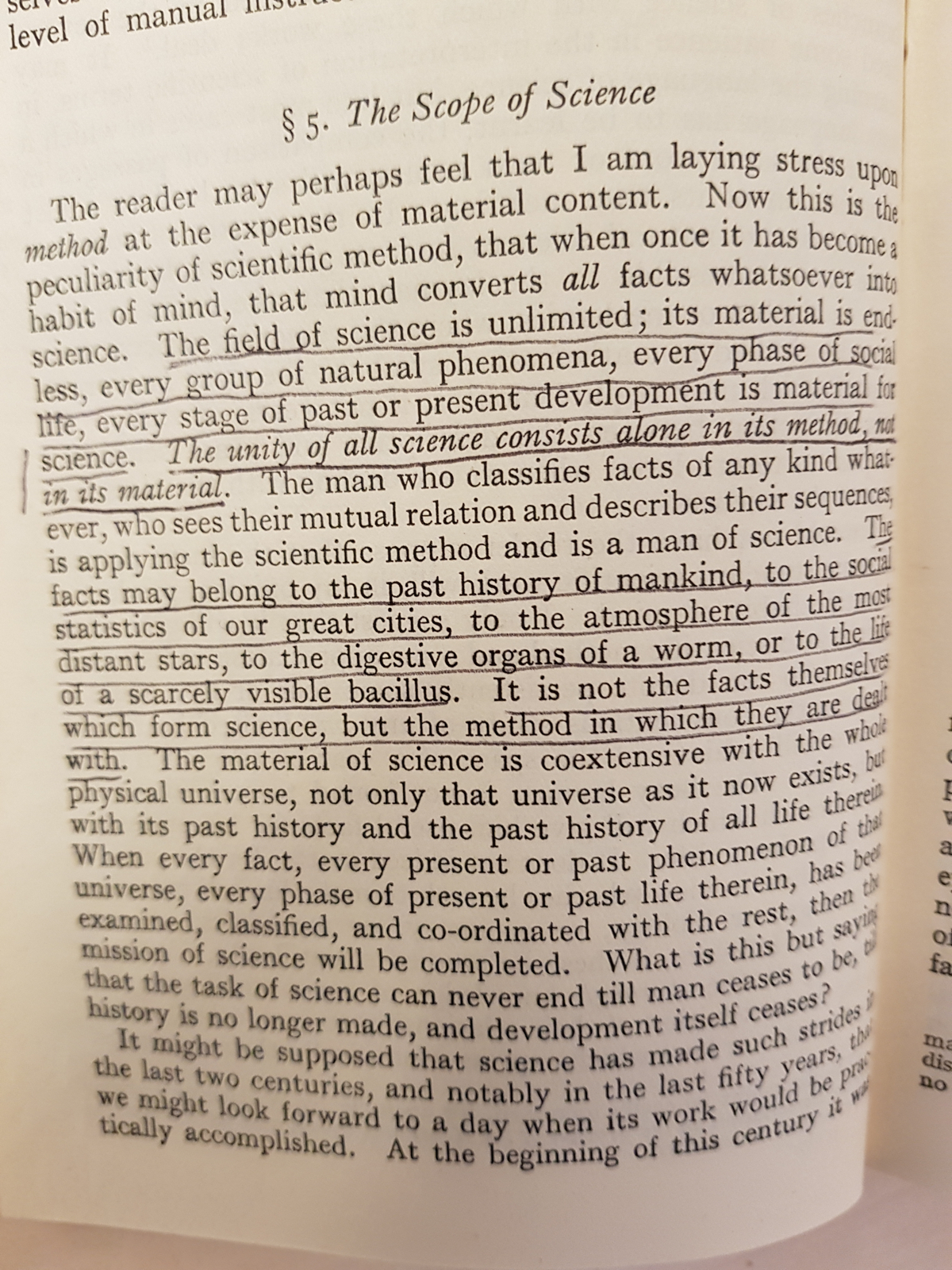